Frenchman Louis Saha has been proven right after England international Marcus Rashford returned to form to help Manchester United to a big win over arch rivals Liverpool on Monday. Rashford scored one of the goals as Manchester United bagged their first league win of the season. As a matter of fact, Rashford turned out to be the recipient of the winning goal at the end of the game involving the two most successful teams in English football. 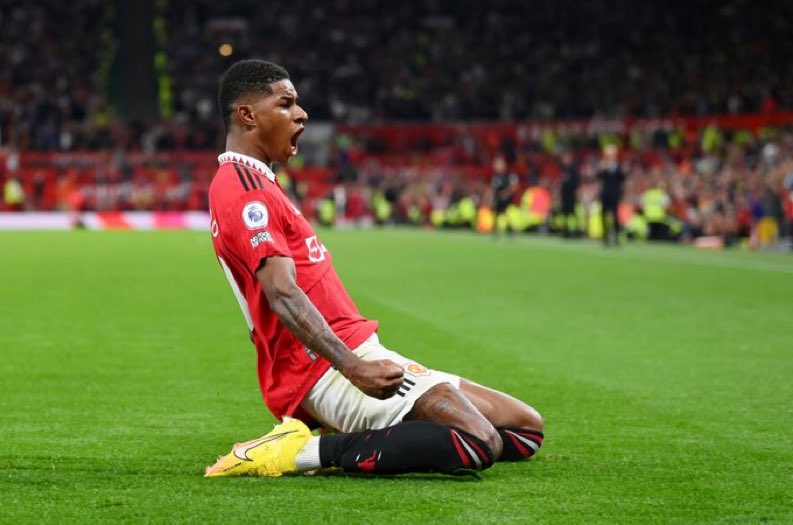 Rashford struggled for form and fitness last season as Manchester United could only finish in a disappointing sixth position on the final Premier League table and he didn’t do much in the first two league games of this Premier League season. He has been able to reignite his season with his strike against the Reds at Old Trafford this week.

The spotlight was on Rashford earlier this month and his poor form was defended by Louis Saha in a chat with English media outlet Metro. In his defence, Louis Saha said Rashford will be unstoppable once he returns to form as he acknowledged his quality. French giants Paris Saint Germain (PSG) were linked with a move for the Englishman this month, but the message they got was that Manchester United don’t want to sell him.

For the Liverpool game, Manchester United manager Erik Ten Hag dropped the duo of skipper Harry Maguire and talisman Cristiano Ronaldo on the bench as he opted for the defensive duo of Lisandro Martinez and Raphael Varane at the heart of defence ahead of Maguire. Young Anthony Elanga was preferred alongside Marcus Rashford and Jadon Sancho in attack ahead of five-time Champions League winner Cristiano Ronaldo. Elanga repaid with the faith with the assist for the opener from Sancho, while Rashford got the second United goal. The last goal of the game was scored by Mohamed Salah for Liverpool.